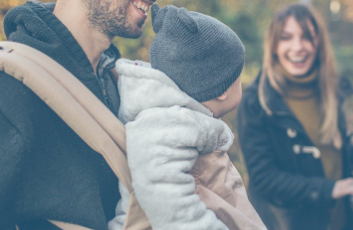 In 2011, the Marriage Equality Act was passed in New York, in which it is stated that "the marriages of same-sex and different-sex couples" would "be treated equally in all respects under the law." Unfortunately for Jann Paczkowski of Long Beach, Long Island, this law still has its limits.

Ms. Paczkowski and her partner Jamie decided to have a child together back in 2010 via artificial insemination. Jamie carried the child, partly because of Jann's health problems. After the child – a boy – was born, Jann and Jamie were legally wed in New York according to the Marriage Equality Act.

Jann would later find out the hard way that, although her marriage was recognized in New York, her parentage was not.

Today, Jann is fighting a losing battle for visitation rights to see her son. Jamie filed a custody petition back in 2013, but Jamie—the biological mother—denied Jann those rights. New York family law is on Jamie's side since there are no provisions for same-sex parentage when a child is born before the marriage, even with the passing of the Marriage Equality Act.

In New York, there is only one option for non-biological parents to be recognized as the parent of a child, and that is through adoption. Jann Paczkowski was not married to Jamie before the birth of the child, nor did she adopt the child before she and Jamie separated. Because of the rifts in New York family law, Jann may not be able to obtain any rights to see the son she helped to raise for 17 months.

Read the full story, "Parenthood Denied by the Law – After a Same-Sex Couple's Breakup, a Custody Battle" by the New York Times.

Greenberg & Greenberg is dedicated to helping individuals and families adopt children into their homes and lives. If you are in a same-sex relationship, whether partners or married, and you are looking to have a baby or adopt a child as your own, consult a New York adoption lawyer from our firm today.

Adoption is a vital part of establishing your parental rights as a same-sex couple. Our attorneys know the intricate details that are involved and can assist you in navigating the complex adoption process as quickly as possible. Contact us today to learn how we can help you establish your rights and adopt a child into your family!